They/Them
Azrael is the Angel of Death

Literally the Angel of Death.

Death seems to be taking a Holiday in Limbo.

After the Dread Wedding, Azrael began speaking with residents of Limbo. They played some games with others and gave away some prizes such as;

Azrael seems to enjoy hanging around with the Underdead.

When Alexys got herself in a bit of a pickle with the Bloodfather Cult, Azrael acted as a messenger for the Underdead, letting them know what was going on and allowing them to write her a note.

Azrael cut down the Bloodfather during his Duel with Allocen, freeing the Horsemen from their pact.  Az felt terrible about this and went away for awhile.

During the Destabilization Azrael was featured in a flashback where, they pondered solemnly, through the nothing if Azrael could forgive themselves after the choice they made

As of late Azreal has been put into a deep sleep by the sandman, and had their scythe taken from them by Azazel 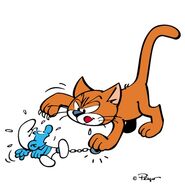