He/Him
First of the House-less and leader of The Underdead, Lastsume is a powerful force in Limbo.  Can he achieve his goals while keeping his flock safe from another Purge?

Apparently not, as he was killed in public by a Duke of Hell.

Lastsume lived his life in the suburbs. Lastsume never finished his studies because he had to take care of his family. Due to the life they had, money from work was not enough to maintain everyone, which lead to Lastsume having to move into more shady business around. But some business went wrong and he was tortured, he had to watch his family being murdered in front of him and he was finally killed.

Lastsume's beginning in Limbo was not the best. Due to his curiosity, he stumbled upon Zirar, Korlat, Sebastian, Xander, Silas, and Raven while they were planning a heist at the Decrepit Hovel.

At first, due to his charismatic personality and tendency of lying, he tried to lie to the group about having plans to take over Limbo and remove all the immortal beings. This lie was not taken as Lastsume expected, so he tried to make it pass as a joke, but that made it even worse. As others began fighting with him, he stood up to them because of his prideful tendencies, gaining a bad reputation.

They stumbled upon Lastsume again when the heist was over, as he was spying on what they had. That's where he found about the existence of the Carocibus, also known as Crab Box.

One day, Lastsume met two Liches, Leon and Bri, both from House Tartys at the Shady Lady. They began talking and found that some of their ambitions were related. After talking for a while, Lastsume told them about a hideout he had in mind. They went to the Red Light District where Lastsume showed them an entrance to the Sewers, located in an alleyway. As they were discussing a way in, many other people began to appear and were well received by the group. To their disgrace as they were opening the manhole, Crab Box appeared and attacked the group, wounding Lastsume in the stomach.

After talking for a while about the creature, the group decided to explore the sewers. Soon, they found a big room that they called the base for their group. The group's name was suggested by Lastsume, the name being Underdead as they were not only underground but also dead.

Their ambitions were becoming real until they found out about an event of the past, called The Purge. It was explained that this event could happen again if the group tried to fulfill their desire. Lastsume could be seen as a leader of the group, but he doesn't consider himself that as he sees the gang as a family where everyone is a leader and can take decisions. He is aware of this, and he felt forced to make peace with Zirar and his friends to protect his friends.

Lastsume was killed by Allocen during a battle in the Market District after shooting Allocen with a Demon killing gun made by Yarindael.(Lastsume's Last Stand) 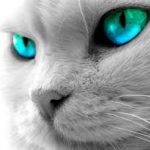