Male
Xander is a true Gremlin of a Ghost, causing chaos throughout Limbo. As the legal owner of The Shaded Shop, Xander is in friendly competition with the surge of new businesses in the city.

Xander, aged 19, once fell deeply in love with a girl. For awhile, they dated and she was his everything. One day she broke it off, it was simply due to religious conflicts. But even though they remained friends, the idea of living without her by his side weighed on him heavily. He began taking less care of himself as time went on, falling deeper into a depression. Eventually he decided to end it all, leading him into Limbo. Unable to move on with the business of "moving past her."

Tired of the physical limits of being a Shade, Xander used a Black Orb to be re-sorted into Limbo.  He entered The Occupant's Hovel, and came back out in House Stolas as a Ghost.

After Xander witnessed the violence between Wraiths and Ettins, he decided he would infiltrate the Wraiths and do his best to bring them both to their destruction. He met with Banurkaz and got himself and Stormy to attempt to join the Wraiths. A few days later they meet with a zombie in Wraith colours to discuss what is happening. They are told they will have to go through a series of trials to join, the first was to put the Wraith tag on a building. The selected building was Arklow Cafe , in Ettin territory. As the two finish tagging the building, they are approached by Golgotha. After an aggressive exchange of words, Xander is shot in the shoulder and Golgotha is knocked out by Stormy's scream. The duo flees shortly after. 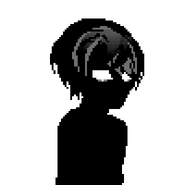 Xander as a Shade
Community content is available under CC-BY-SA unless otherwise noted.
Advertisement