Xie/Hir
Yarindael was a guard on the East Gate, tried for treason and found guilty.  Rescued by a ragtag group of mortals during Operation: Angel Heist.

Lieutenant Yarindael Termerion was created at the same time as most of their siblings, and just like all the rest, they were immediately sent through Boot Camp and taught to follow the orders of the Heavenly Host. After their time in Boot Camp, they were assigned to the forges, a job they took to like a fish to water. They quickly became quite well known for their master craftsmanship, and so they were allowed to stay on forge rotation indefinitely. This led to Yarindael being quite sheltered, the only person they interacted with any regularity being their guard and close friend Adoel. However, one day Adoel was reassigned, leaving Yarindael alone. After nearly 300 years with Adoel being gone, Yarin couldn't take the isolation of the forge anymore, and asked to be reassigned to something new, Earth Duty. When on Earth Duty Yarindael saved 20 souls without orders, they thought this would be commended, as it was the Host's duty to be a source of good, but instead, they were Court Martialled for disobeying orders and delaying the Commander's Plan. Until their court date, they were reassigned to guard duty in Limbo, a place where they could be closely monitored.

While Yarindael was on guard duty, Mx. Zirar decided to make friends with them. This led to them choosing Zirar as their character witness for their court-martial.

Things did not go well in court, leading a rag-tag group of mortals to kidnap them from the proceedings. When the proceedings were over and judgement was entered against Yarindael, they symbolically fell from heaven; their white feathers falling out and being replaced by black ones.

During the Destabilization Yarindael was featured in a flashback where, they were experiencing time in the heavanly hosts boot camp once again, answering questions and sitting alone at lunch. 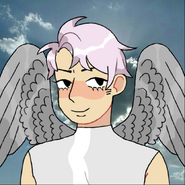 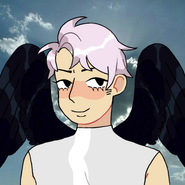